This topic came up from a conversation with a fellow product manager. I tried my best to answer the question but found it quite unsatisfactory so here I am putting my thoughts into writing in another attempt to answer this question better.

My initial reply to this question was as follows (verbatim):

After putting more thought into it, I find the question quite complicated to answer with a simple paragraph so I will try to break things down further and provide more concrete evidence for my assumptions and conclusions.

Assume that 4 out of 5 A/B tests end up with worse or inconclusive outcomes.
This is a fair assumption as multiple sources and industry experts all testify on the difficulty in conducting scientific A/B tests and how uninspiring the success rates are.

A little bit of number crunching can reveal more insights into this problem. First, we establish a baseline from historical data: 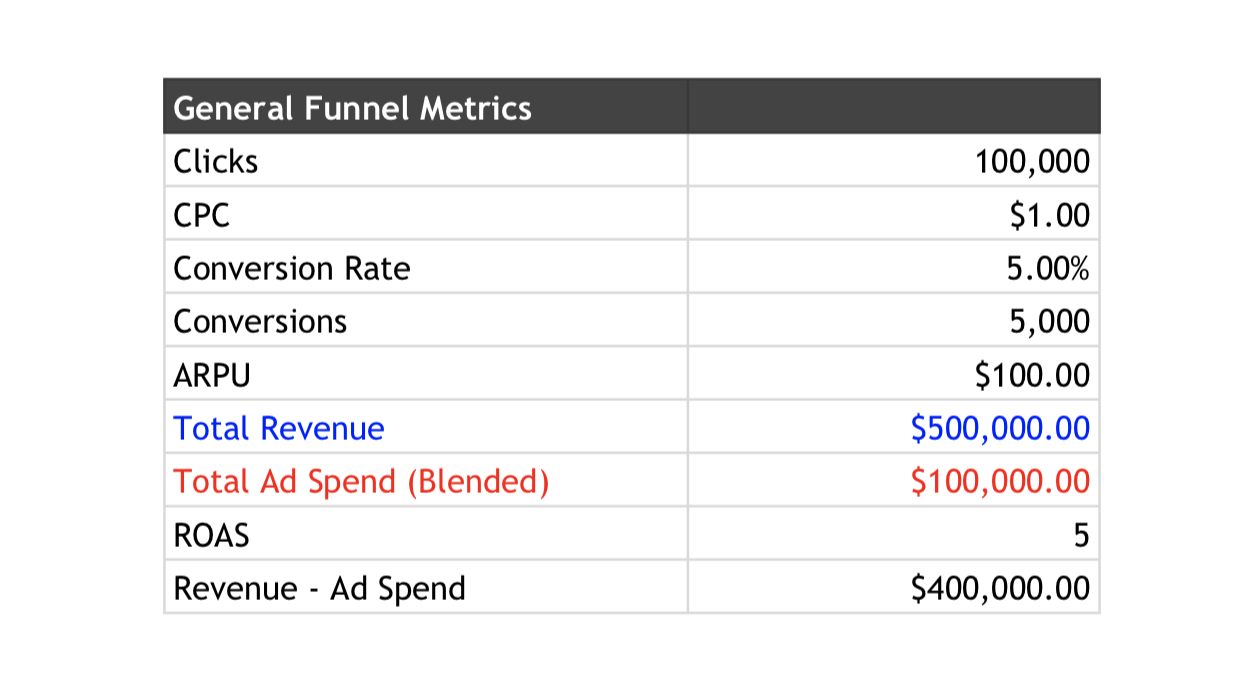 Next, we use 10% of the total traffic to conduct our A/B test (simulating no A/B test, organic only A/B test, paid only A/B test, and mixed traffic A/B test) and derive insights from 3 scenarios (test failed, test succeeded, and test inconclusive). 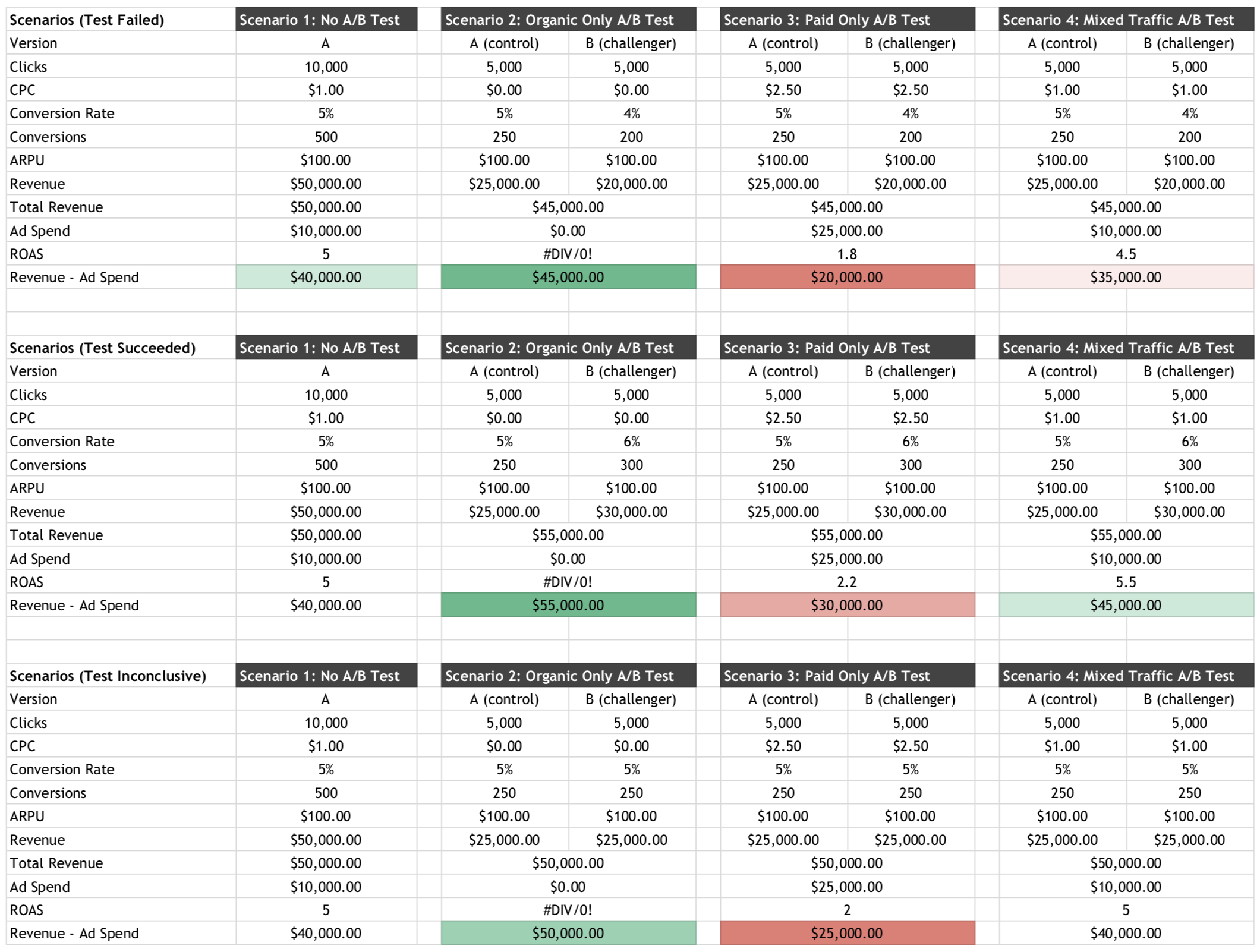 With the specific steps broken down, it seems like organic traffic will always be the best in terms of Return on Ad Spend (ROAS) and Revenue – Ad Spend.

I’m not sure if I missed any critical detail here. Please do reach out and let me know if I made any wrong assumptions or calculations.